The name Mulatto is officially out of the game, and “Latto” is the new moniker for the Atlanta- bred rapper.

The 22-year-old’s Spotify and Apple Music accounts changed on Tuesday, May 18, from the popular name ‘Mulatto’ to ‘Latto.’ The “He Say She Say” rapper also took to Instagram to make the announcement while teasing a new single to be released on Friday, May 21.

The much-anticipated update on the name change is apparently welcomed by fans and followers who have been awaiting the disclosure of her new name since her title controversy.

Latto was criticized last year for her name “Mulatto” as many people believed that it has a negative connotation for people of mixed race. While Latto said she did not take the name to represent anything negative, she started contemplating officially changing it soon after.

The “Muwop” rapper opened up about the controversy surrounding her name back in January during an interview with Hot Freestyle. She reiterated that it was never her intention to offend anyone. 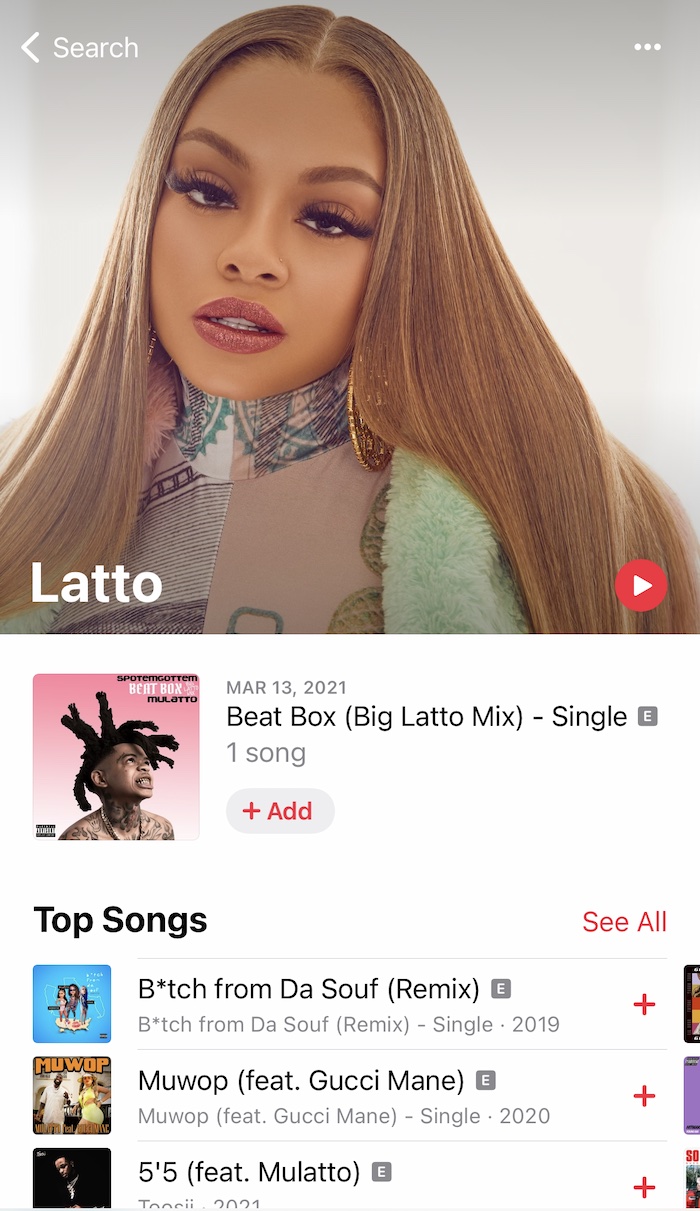 During the interview, she said, “You know, you might know your intentions, but these are strangers who don’t know you, never even met you in person. So you gotta hear each other out, and if you know those aren’t your intentions and that’s how it’s being perceived, it’s like why not make a change or alter it? For me, it was the name. So now I’m like, ‘OK, my intentions was to never glorify being mulatto.”

She added, “So if that’s how it’s being perceived and people think I’m saying, ‘Oh, I’m better because I’m mulatto’ or ‘My personality trait is mulatto’ … then I need to change the matter at hand.”

Latto, whose real name is Alyssa Michelle Stephens, had her big breakthrough in the Hip Hop industry in 2019 with her hit single, “B*tch from da Souf.” She signed with RCA records soon after and has since continued to make moves.

Friday’s upcoming release will be the first single under her new moniker.