A ton of reggae and dancehall artists were featured in the Utopia in Dystopia issue of i-D’s Jamaicazine, and they answered questions about the current music scene in Jamaica and their vision for 2021. Gary Sorrenti wrote an extensive article featuring the top artists in Jamaica right now after he visited the island in late December to interview and get shots of them.

Among the plethora of artists he met were the likes of Koffee, Sean Paul, Buju Banton, Beres Hammond, Shaggy, Ken Boothe, Chronixx, Protoje, Popcaan, Skillibeng, Lila Iké, Sevana, Jaz Elise, Yellowman, King Jammy, Shenseea, Beenie Man and believed it or not, even more. Almost all the artists agreed that the current music landscape in Jamaica is much more diverse than it once was. While some appreciate what the youngsters in music are doing to be more inclusive, others believe they have ventured too far from the roots. One thing that is also prevalent is the evolution has been quick-paced and inspired.

On how the music scene has changed over his lifetime, Shaggy says, “A lot has changed, but you can’t have evolution without change, you can’t achieve greatness if you just stay in your comfort zone. I love the new generation, people like Skillibeng, Koffee, they’re making disruptive music.” Meanwhile, Yellowman believes that “The youngsters, they do music only for themselves and one set of people. Back in the days we did music for everybody. You know? Young. Old. Even now. But I love Chronixx, Proteje, Popcaan, Koffee,” he said.

There seems to be a slight disparity with the view on the way the music has evolved between the veterans and the new school of artists. For example, Shenseea says, “Dancehall’s different – everybody grows, finds new ways, technology changes, but we’re still incorporating our roots into the music.” However, John John, son of the legendary King Jammy, who says he does “hardcore dancehall” music and “never stopped,” believes that “The youths don’t really know the roots.” 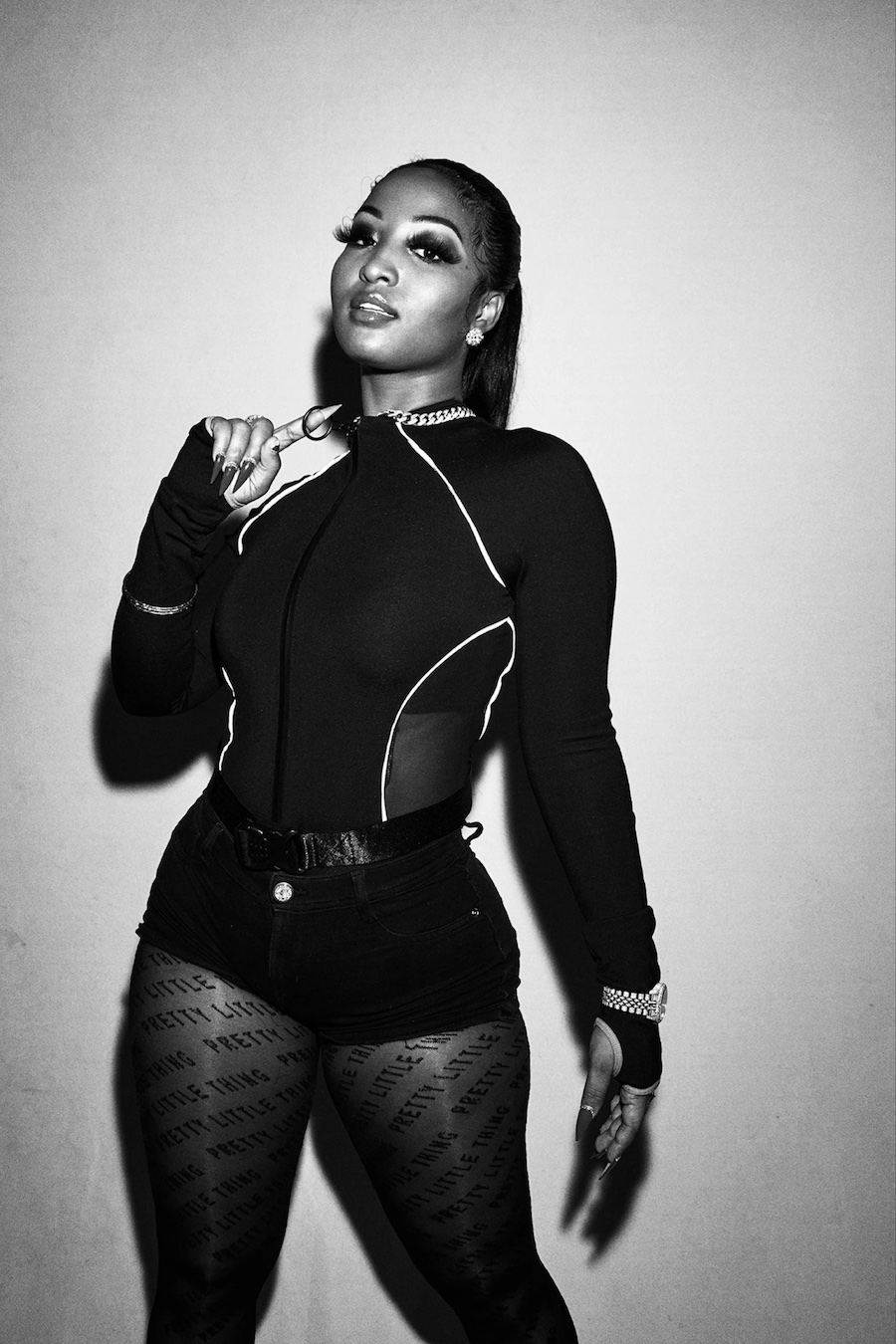 Protoje says Jamaican music is cyclical and that just like fashion, some aspects of it seem to resurface over time. “The sound of Jamaican music evolves all the time. But you know it also circles back, so a lot of stuff from the 80s you kind of hear again now, but it’s been updated. Jamaican music is a big cycle we’re always adding to.” On the other hand, Chronixx says the genre has transformed from a soul-reaching one to an intellectual one/ This surely enhances how an artist portrays their perspective of the times.

“Reggae is transitioning from a place where it’s hitting you directly in your soul to hitting you in the intellect,” said Chronixx. “Youths nowadays, we are information junkies. We started to get a better grasp of the concept of English language. So now we can twist it more. We’re making our language now.”

Koffee on the evolution of reggae music 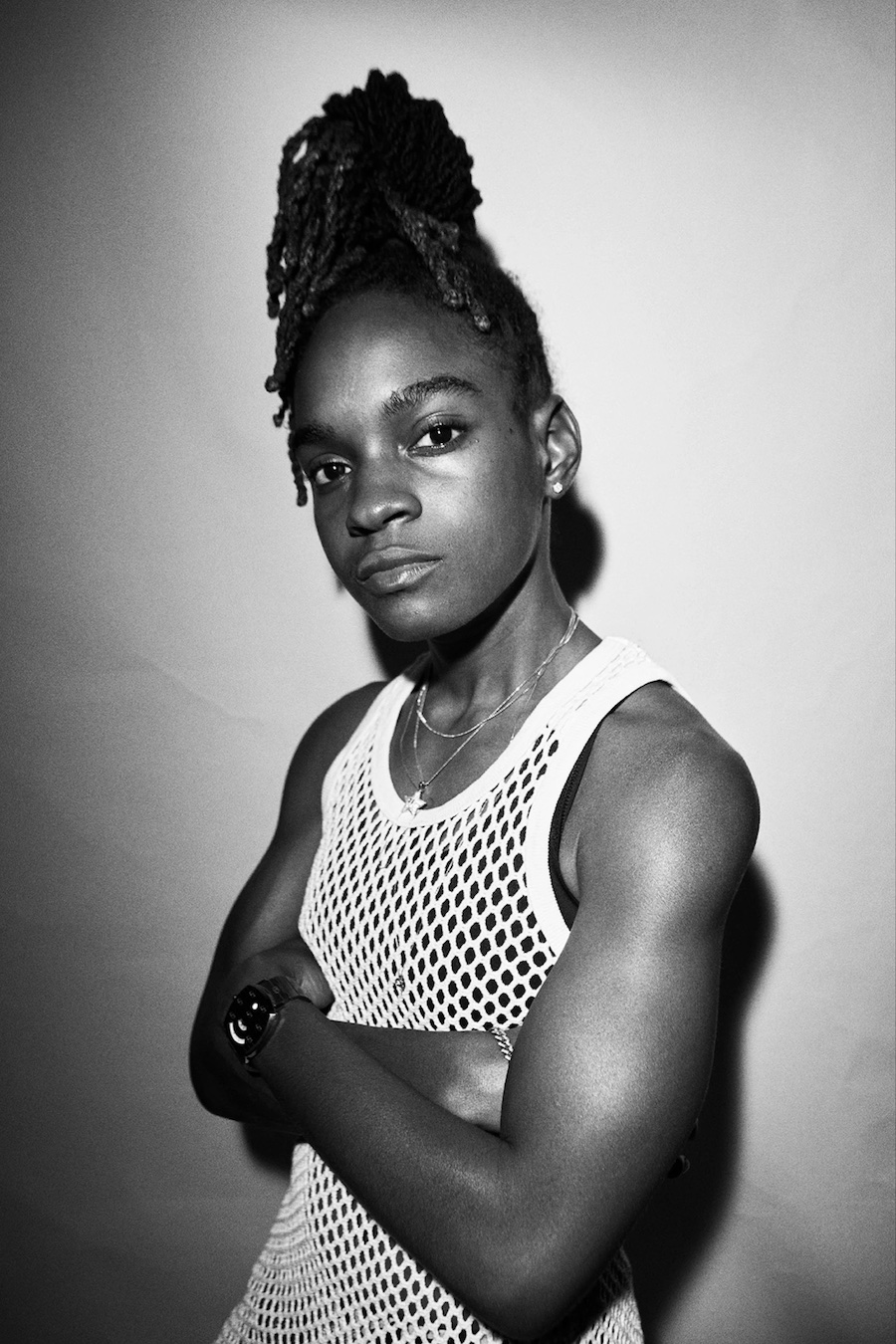 Due to the changes that the Jamaican music scene has gone through, people easily identify the new sound as less authentic, and Dre Island says he is a victim of that. “They say I’m not authentic reggae as they know it, but the message is authentic, I just fusion the sound. No divisions, no segregations. Reggae is a message and the music is always evolving. Give thanks for evolution, ’cause that is good and it is necessary.” Protoje seems to be all for it as he describes the music scene in Jamaica right now as “Very vibrant.” “There are so many exciting artists working in different styles of music,” he says. “The scene isn’t really stuck doing one thing. It’s very positive.”

What’s interesting is that we see where those “different styles of music” cause these newer artists to refrain from putting themselves in a generic category. While veterans could proudly say they make dancehall and reggae music or, in Yellowman’s case, also “Pop. R’n’B. And… a little opera,” the younger creatives unanimously disagreed with traditional genres. Lila Iké even said, “I don’t really believe in genre. I just make music that my soul wants me to make. Louis Armstrong said there is only two types of music. The good music and bad music. Exactly! Exactly. I guess I make good music then.”

This is a popular take among the new generation of artists who have expanded their scope and creativity to include a variety of non-traditional sounds and styles. Sevana says though it might sound pretentious, she would say she does “honest music.” “I don’t necessarily know how to give it a genre because I don’t follow any of the genre rules,” the “Mango” crooner explained. Similarly, Jaz Elise called the music scene “dynamic” and says she does “every kind of music,” while Shenseea told the publication, “I make everything. You know? I represent music entirely. Give me any track, I can go on it. Soca. Afro. Pop. Rap. Dancehall. Reggae. Just name it. Anything. I represent music. I’m a lover of music.” 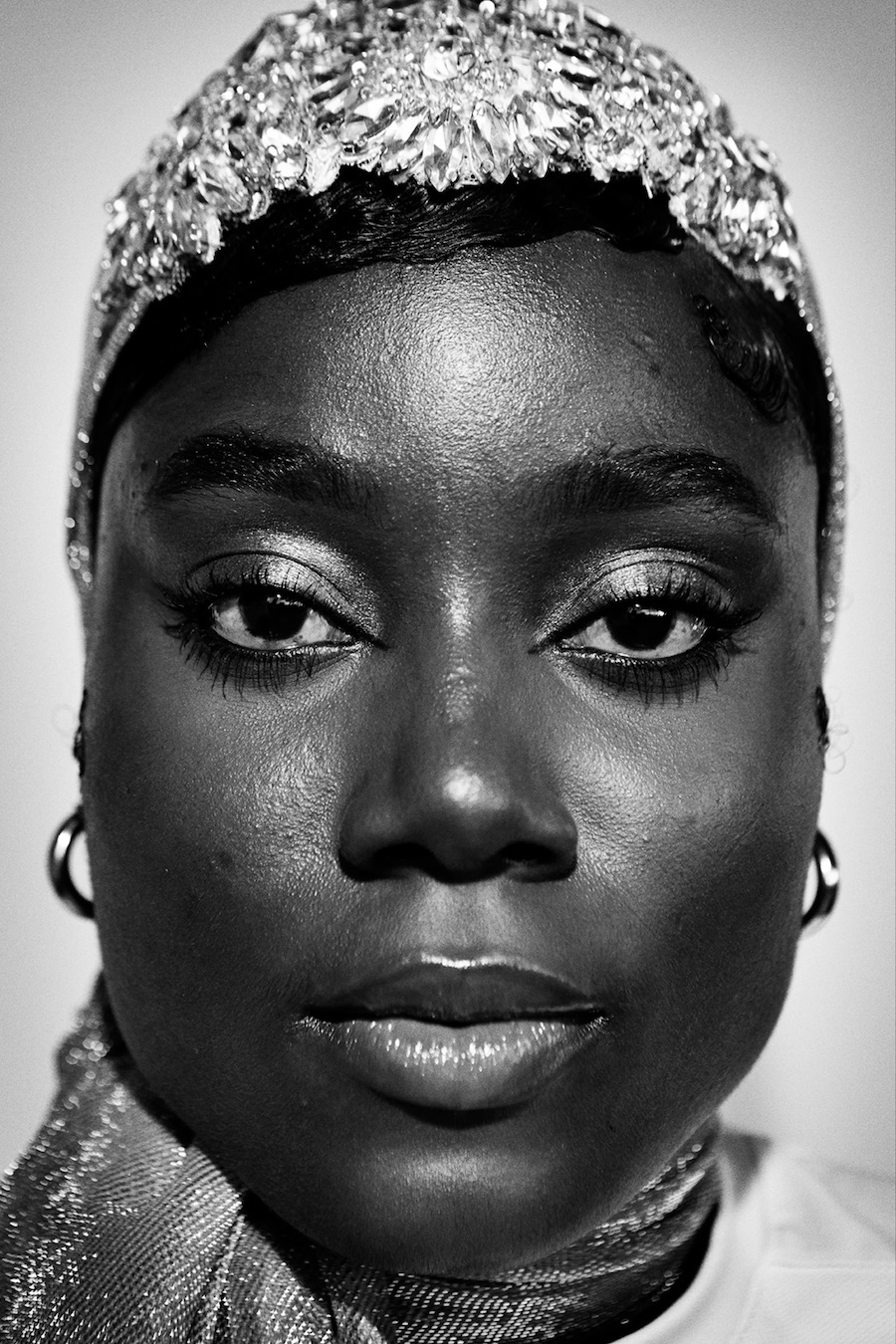 Sevana says the evolution and how far the music has come is all “thanks to the likes of Protoje, Chronixx, Beres Hammond.” As a veteran and a very successful Jamaican artist, Beres Hammond is one who has always stayed in tuned with the times and enjoyed the evolution of the music and seeing youngsters rise with their new sounds. He is a lover of music as a whole and the type you can collaborate with no matter what style you dabble in. It came as no surprise that this forward-thinking music icon explained his take on the genre in a way that anyone could easily relate to.

“I’m a Jamaican, so the majority of the world when they hear Jamaican music they think of reggae, but I am not a reggae singer. I am a singer who sings reggae. There is a difference,” the famous singer said, echoing the opinions of young artists like Leno Banton, Rosh Rebel, and more. On how he feels about the current landscape of the music, Beres said, “I never have a problem with any music coming out of Jamaica because the youths are having a grand time doing what they are doing and I am always supportive. We have to let each generation express themselves in the way they know how.”

Sean Paul talks the rise of females in reggae/dancehall

Sean Paul and Sevana spoke to the fact that more women are rising up in Jamaican music than ever before. While the genres were historically dominated by men, it is clear that in a few years, that will be a thing of the past. “I’m very proud of the ladies stepping up. Shenseea, Koffee, Spice is doing her thing as usual. Ishawna. A lot of these young ladies are stepping up,” said Sean Paul. Sevana says the music scene is “the most diverse it’s ever been. More women pushing forward than we’ve ever seen in the history of Jamaica. There’s a lot of unity. Less beef, less rivalries.”

Most artists agreed that 2020 was a struggle, but while it was in a way a setback, it also doubled as an opportunity to better their craft. Shenseea admits that while she hasn’t been writing as much, she has “been reading, watching, learning to dance” and “making improvements.” Meanwhile, Protoje says he spent the year “basically living in the studio. A lot of introspection. A lot of deep thinking. Making a lot of music.” Jaz Elise says the emotional and mental toll that 2020 took is evident in her music. “A lot of pain. A lot of love. A lot of longing as well, due to the curfew. There’s a lot that is missing in our social life, that I’m feeling, that is in my music.”

As they all look on to the future, artists were asked about their hopes for 2021. They are excited about the prospect of performing for live crowds and touring again. “2021, man, I’m trying to get back on that road. I want to get in that tour bus, and I want to see people and watch them enjoy my music, and talk to people and just, you know, have real life interactions,” Lila Iké told i-D. Vanessa Bling is hoping for a “A Covid-19 free world,” she says. “Hit songs, world traveling, performing in front of crowds again.” 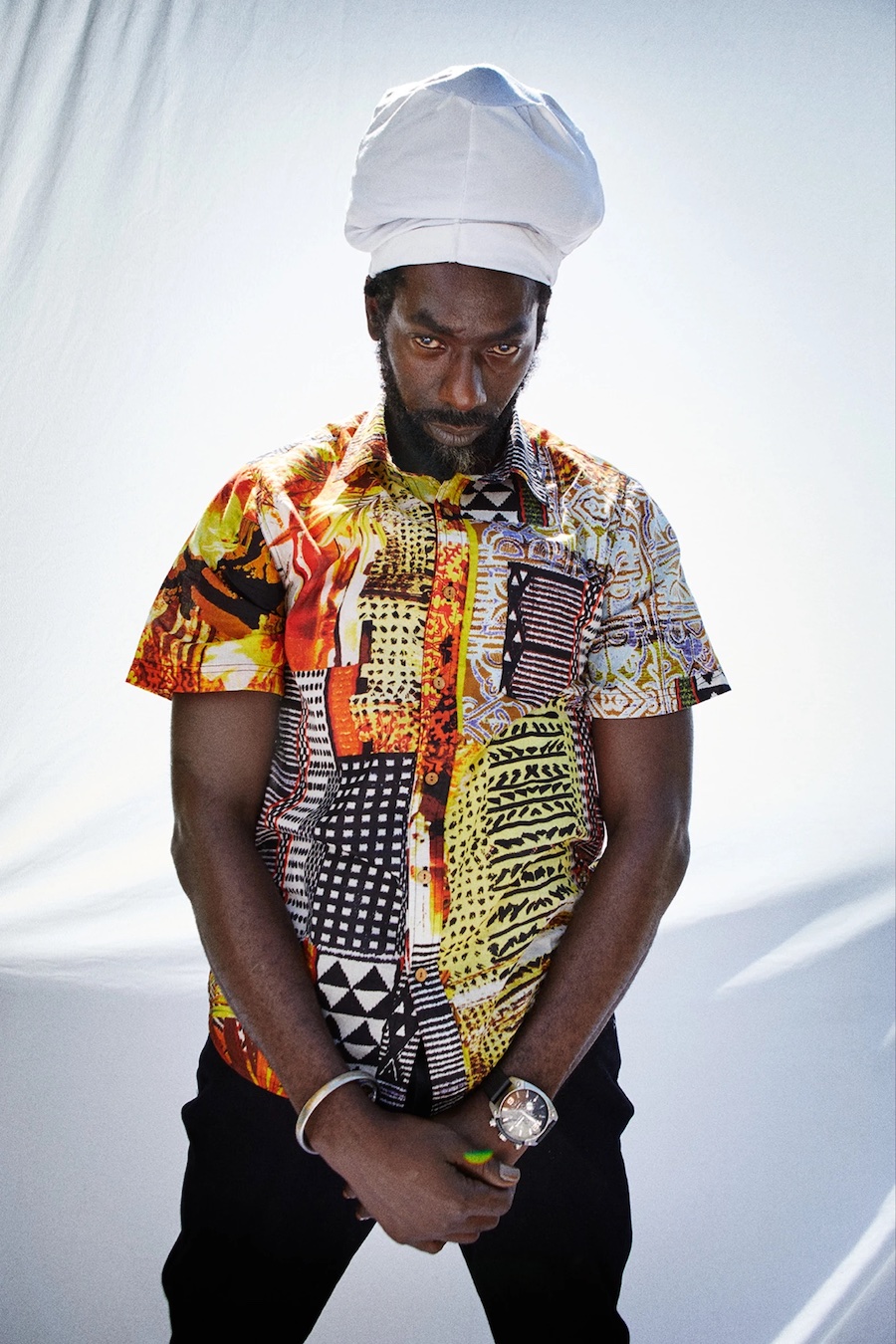 When tackled with the question, Buju Banton delivered a moving speech, as usual, encouraging the masses to use their independent minds and not be swindled into the herd mentality. “I’m not a man of hope, I deal with faith. You know what I mean?” Buju said. “Faith in the people. Faith in humanity. Faith in one true and living God of creation. Faith that each man and each woman will question everything. Faith that the complicity that’s pervasive will one day be no more. Faith that to rule my people with fear, which is the greatest invisible weapon, will be extinguished. Faith that the people will have faith in themselves. Hope? We need faith man. God is good.”

These artists agree that other than the amazing food (and I truly am drooling as I think about it), Music and the unparalleled energy is the best thing about Jamaica. No matter how much reggae and dancehall sounds evolve, they will always be a part of the DNA of the famous island, and these sounds will no doubt continue to impact the rest of the world.

The images were shot by Gray Sorrenti on her iPhone 12 Pro Max when she traveled to Jamaica in the winter of 2020. She views Jamaica as her Utopia.

You can check out the full spread on current reggae and dancehall artists, old and new on i-D’s Jamaicazine: The Utopia in Dystopia Issue. You can pick up a copy here.